Without XiltriX, we wouldn’t have known the power was out, everything would have been lost over the course of the weekend. 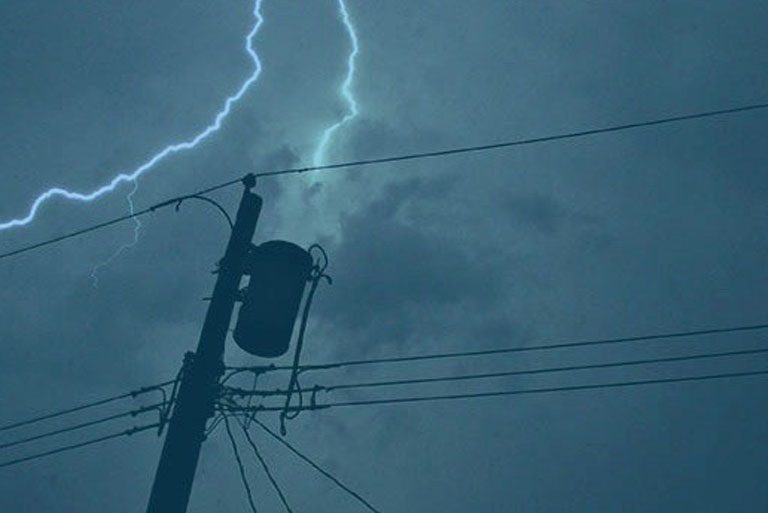 XiltriX is a laboratory monitoring solution that protects valuable scientific assets and equipment by monitoring laboratory devices and ambient parameters in life science facilities. The solution monitors data outputs from a variety of existing lab equipment and sensors–from refrigerators and freezers, cryotanks and incubators, to backup generators and HVAC systems–providing real-time information access, notifications, and reports of any deviations or failures.

Laboratory and facilities staff at this biotech company had already left for the day on Friday to enjoy the upcoming Labor Day weekend. This three-day weekend is often used as a time to enjoy the final days of summer, and to relax with family and loved ones.

Unfortunately, around 10:30 PM that night, a major power failure blew out the two main electric breakers at the facility. This total power outage would, in most cases, be a worst-case scenario for any biotech laboratory. An extended weekend without power would likely result in the catastrophic loss of invaluable scientific assets and months, if not years, of progress. Freezer farms, vivariums, incubators, and other storage areas would be compromised without immediate attention. Typical monitoring solutions, such as data loggers or other disparate systems, might not have provided adequate alarms and notifications. This means the appropriate personnel would not have discovered the failure until Tuesday morning, after their samples and other scientific assets were already destroyed.

The XiltriX solution’s escalating alarm and notification protocols, which include text messages, phone calls, and emails sent to designated personnel, are far more robust than other systems. If the employee receiving the notification does not acknowledge the issue, or the messages are not responded to in an allotted time, the system will send real-time notifications through other channels until the issue is addressed and all ambient parameters return to expected ranges. If the failure remains unaddressed, the XiltriX SafetyNet team will intercede, similarly to a quality home-alarm monitoring system, to make sure the appropriate management staff is aware of the issue and is reacting promptly to mitigate any loss.

Other systems may say they deliver real-time notifications but might only send notification pulses roughly every 15-60 minutes. Some might not work when there is a total power failure or a break in internet connectivity or phone service. Others may send automated alerts, but only through a single medium, or will not persist if not attended to. Many times alerts go unnoticed if a phone is silenced, or emails go unchecked in the middle of the night. XiltriX provides a SafetyNet team to help monitor your facility. The XiltriX solution monitors every sensor, every five seconds. In the case of a power outage like the one at this biotech company, every second counts. XiltriX devices are built with redundant, fail-safe architecture and each XiltriX device is equipped with a 48-hour backup battery, and multiple communication methods, so no power failure would take the system down.

Fortunately, this biotech company implemented the XiltriX solution with its monitoring-as-a-service model, rather than opting for disparate data loggers or other less robust monitoring systems. With XiltriX in place, the Facilities & Operations Manager, received alarms and notifications about the power outage via text message to his mobile phone, in addition to a follow up phone call from the XiltriX SafetyNet team, to ensure he was aware of the criticality and extent of the issue. This enabled the Facilities team to act quickly and effectively to protect the invaluable scientific assets stored in their facility. The appropriate personnel logged into the XiltriX solution from their laptop at home and identified the major issues taking place. The XiltriX solution indicated that due to the two breakers being down, the backup generator started but was not supplying power properly.

From late Friday evening to early Saturday morning, the Facilities & Operations team were on-site saving the samples in every refrigerator, freezer, and incubator, as well as preserving conditions in their vivarium. The team leveraged real-time data and alarms provided by the XiltriX system to identify critical outputs and address the most pertinent issues immediately. No samples were lost and their science was protected. According to the Facilities & Operations Manager, “Without XiltriX, we wouldn’t have known the power was out, everything would have been lost over the course of the weekend.”

Although the power failures and subsequent alarms did not necessarily help the team sleep that night, they now rest assured that in the event of any future catastrophe, they have the watchful eye of XiltriX to help them respond quickly and effectively.

The Facilities & Operations Manager also added, “After the power outage incident, we decided to extend the XiltriX monitoring to include the HVAC system.” As it turns out, one of the HVAC units was the root cause of the power outage and having the XiltriX solution monitor this equipment is an added layer of protection for the organization going forward. They have complete peace of mind knowing that their invaluable assets, equipment, and important research are properly safeguarded.

XiltriX offers ease of implementation for any size facility, and can be centrally managed even across multiple locations. The 24/7 SafetyNet team provides continuous monitoring service, so customers can be certain that their science is protected around the clock. The XiltriX solution is easily implemented at life science organizations during any stage of company development, from startups to scale-ups, to large enterprise, multi-site operations.